Living in Milan, Lombardy, Italy and experiencing this powerful lock down I went through deep very confused moments, full of loneliness, fear, misunderstandings, physical absence. Before the pandemic I had started lazily to carry out a project on several fields, graphic, photographic, editorial and visual. A project on the importance of physicality to be strongly opposed to the extreme trend of virtuality, absence, hologram. A journey that is formed both in the life and culture of the sound system, in the recovery of vinyl for its material status, to join with my personal path in facing emotional difficulties and drug therapies at the time of forced isolation. King Koala was born as a creative project with the same bad luck that koalas have always had. It took the first steps towards its creation right at the beginning of the emergency. The Atheist also chose a complicated moment to release his album Timeline and precisely those vibrations, that concreteness both in words, in bass and in voices were fundamental for me in the most difficult days. Furthermore, Raphael’s text and voice in the song contrast with, as I said before, emptiness, absence, nothingness. And this nothing is also a chronicle of a positive thought.
A closed city, like a koala tribe that does not rebel against captivity.
They are on eucalyptus trees, fragile, endangered. They are affected by messages, waves, negative vibrations from incompetent politicians who have often led to hatred among people. A people who, for the umpteenth time, found themselves dazed and intoxicated. The video is my elaboration of all this. 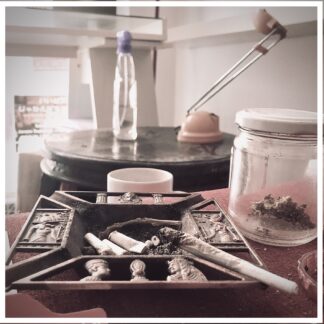 We are very happy to have you here Ignora